At this point of time, there are 2 plans to choose from: 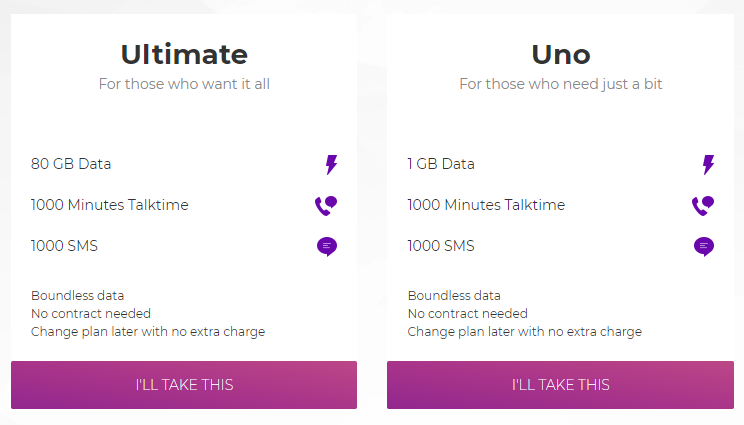 Both plans are SIM-only, no contract, free caller ID and includes the ‘Boundless Data’ feature, which essentially means there will be no excess data charges for exceeding the stipulated data limit, instead, the data speed will simply be throttled (by how much nobody knows yet and MyRepublic has not revealed any specific figures).

If the default data provided is insufficient, customers can opt to pay for the one-time boosters or get their monthly addons; 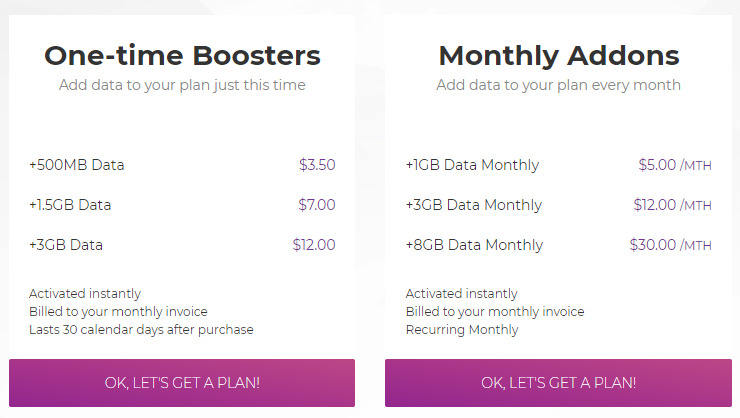 They are also supporting data roaming and overseas calling off the bat; 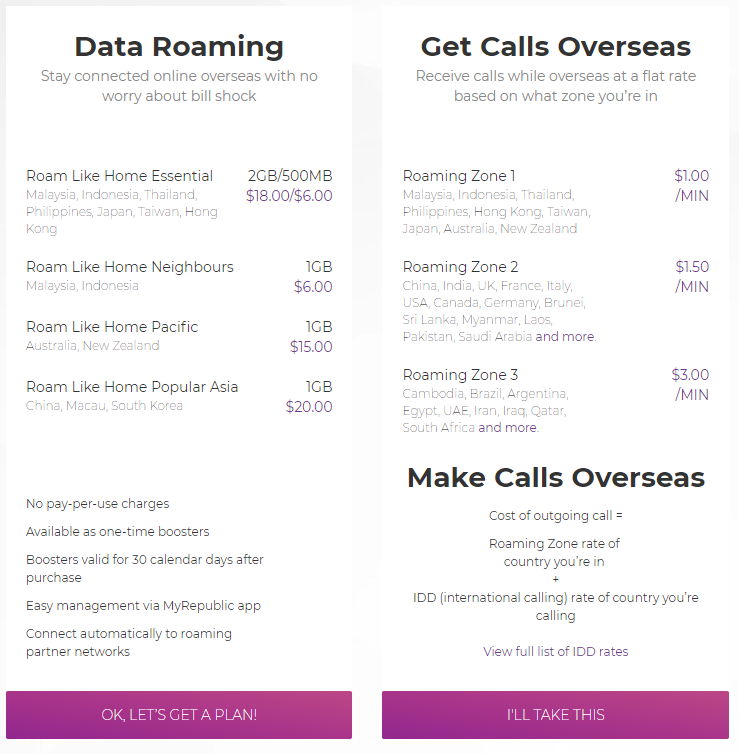 Also, current subscribers and supporters will be emailed five codes which they can share with their friends and family.

I’ve been reading initial reviews and it appears that the throttling is absolutely unusable at this stage so caveat emptor if you decide to sign up with MyRepublic.

Addendum: So with 5 days left in the first month, I’ve managed to use up the allocated 1GB of mobile data. 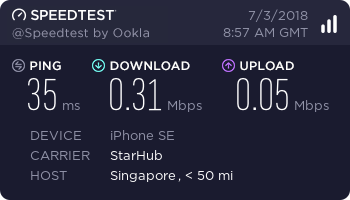 At 300kbps, it’s really a drastic drop in download/upload speed and quite a stark difference from the claimed speed from MyRepublic:

Users who exceed their monthly data limit will still be able to connect to the Internet, but at a slower connection speed. Speeds will slow from 4G speeds to a range of between 384kbps and 1.2mbps, which the company says is sufficient for Web surfing or sending messages through apps like WhatsApp, but not enough to stream videos in high definition.

Good enough for WhatsApp and a little bit of Hearthstone. Pay peanuts, get monkeys I guess?