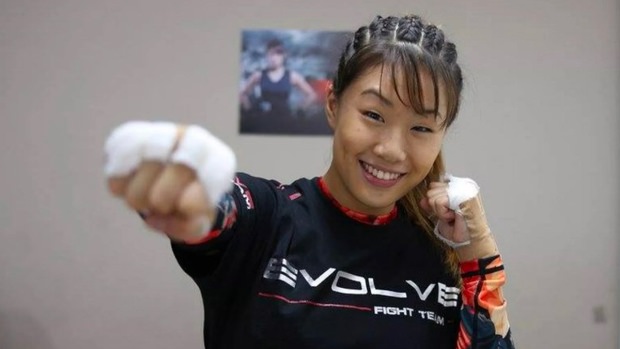 I’m not the biggest MMA fan but I really enjoy watching the UFC fights whenever I manage to catch them.

Thanks to the insane amount of advertising, marketing done by the Singapore-based ONE Championship, I downloaded their app which promised the live broadcast of your triumphant re-match between Mei Yamaguchi and yourself.

Even though you’re really a Canadian representing Singapore through One Championship, there was still plenty of rousing patriotic support for you and I’d figured it’s gonna be one hell of a match.

What an absolutely fucking joke it was.

I love Singapore really and I do my utmost best to show my support for our local talents in any competitive setting, but come on judges, unanimous decision win for your performance in the ring?! Are you fucking kidding me?

Predictably, I was not the only one who held this opinion;

Unanimous decision for Angela Lee? What a load of crap. You gotta be kidding me #ONEFightNight #UnstoppableDreams

You did great in the ring and I am certain, given the chance, if we were to meet in the ring, I would be absolutely crushed by your prowess. But seriously, from the bottom of your heart, do you feel like it should be an ‘unanimous’ decision of your victory?

Sincerely,
Someone who really wanted to give Singapore athletes a chance to make us regular Singaporeans proud

PS: Why the fuck did anyone think it was a good idea to get Joseph Schooling (an actual Olympic champion, unlike somebody) to be an ambassador of One Championship?

Of course, in Joseph Schooling’s statement via ST, his reasons were very apparent;