How to beat Postknight as F2P? 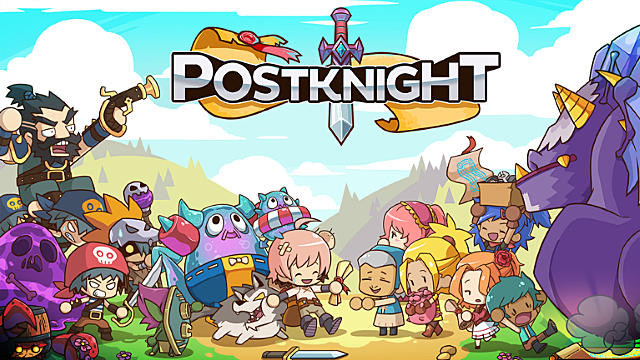 Another day, another dumb, addictive iOS game. Yet, I stayed up all night, grinding and actually completed the story mode. At this point, I’m still not 100% certain what’s the appeal of this game. Is it the high quality Maple Story-ish graphics/art style? The false sense of achievement? Certainly not the gameplay which felt like such a chore that I’m glad I’m done and will be deleting it from my phone. Postknight’s essentially a clicker game masquerading itself as an actual mobile RPG.

While the game entices you to spend real-life money at every opportunity it gets, it’s actually very doable to play/complete the game without spending a single cent which is exactly what I did. Note that I did expend considerable time and ‘attention’ on several 5-30 seconds length advertisements throughout my entire gameplay all of which is optional if you’re willing to patiently wait for your health/timers to reset after its specific time span.

On to the actual gameplay strategy, for the stats distribution, I started with something like 2/3/1/1 (STR/AGI/INT/VIT) until hitting 11 for both INT and VIT and switched to 2/3/0/0. For the gear, I just went with whatever my character managed to pick up and just upgraded them if it happens to be available.

Don’t worry too much about the stat distribution or choice of gear at this point. The game gives you the option to reset your stat distribution any time just by paying 50 gems (which sounds harsh now but you’ll be getting so many gems later on you won’t know what to do with them). Be frugal with your gold and gems and avoid spending them unless absolutely necessary. Doing so will save you from some grinding later on.

One thing to note is to not to level up the potion’s healing too high. I got mine to 86 hp and it was more than enough. It’ll be more worthwhile and valuable to get the potion’s cooldown down to 3s.

Once you’ve reached Griffondell, this is when you can start interacting with the town’s merchant and start spending your hard-earned gold and resources to acquire the Mistral set and fully upgrade them.

This is where the grinding begins and will be what the game demands you to do moving forward until the end of the game (if you choose to be F2P).

This is what I kept with until reaching Valley of Gold (the 5th village), all fully upgraded;

For the skills, I stuck mostly with Blitz and whatever was the highest shield skill.

After reaching Valley of Gold, this is where I decided on how I want my end game build to be and started grinding (again) to achieve that.

This is also where I coughed up the 50 gems to reset my stat distribution: 30/X/1/1 where X is the remaining stat points.

All fully upgraded. Skills being Blitz and Elusive Cover which complements each other perfectly.

I actually did not achieve my targetted gear before beating the story mode due to gross amount of grinding required. I couldn’t get enough for Phantom Crown in time and stuck with the fully upgraded Flithelm till the end. 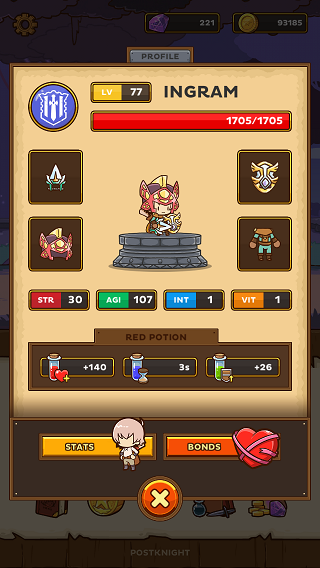 If you’re up for grinding, you can go for max level (99 I believe) and rank (S-1). Acquire and upgrade all gear fully. Max the relationships with the girls and adopt all the pets (both wihle nice, quite useless aside from some random items you may be getting). Max out your potion +1000/3s/50~ and the cooldown for health regeneration.

And when you’ve done all that, you’ll be finally free to uninstall the game and go on with your ordinary life.