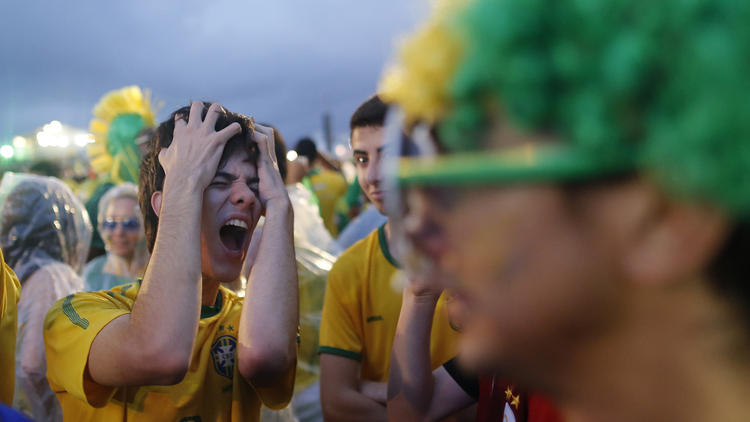 Germany routs Brazil 1-7 in the World Cup 2014 semi-finals shattering the host nation’s hopes of winning its 6th World Cup. Besides being the most shocking result in the tournament’s history, it was also Brazil’s worst defeat and its first at home in 64 competitive matches since 1975.

Germany will meet either Argentina or the Netherlands in Monday morning’s final in Rio de Janeiro.