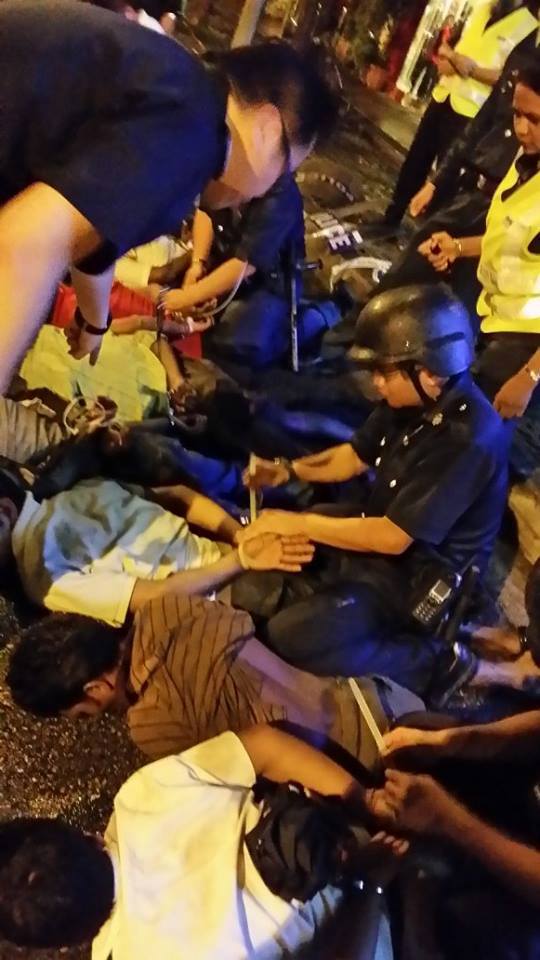 At around 9.23pm, a fatal traffic accident occurred between a private bus and a person at the junction of Race Course Road and Hampshire Road. Shortly after, a riot broke out involving a crowd of about 400 subjects where the subjects damaged 5 police vehicles, 1 ambulance and several other private vehicles. 10 officers were injured.

Police activated resources from Special Operations Command and Gurkha Contingent to the scene and the situation is now under control.

Deputy Prime Minister and Minister of Home Affairs, Mr Teo Chee Hean, said, “This is a serious incident which has resulted in injuries and damage to public property. the situation is now under control. Police will spare no efforts to apprehend the subjects involved in the riot.”