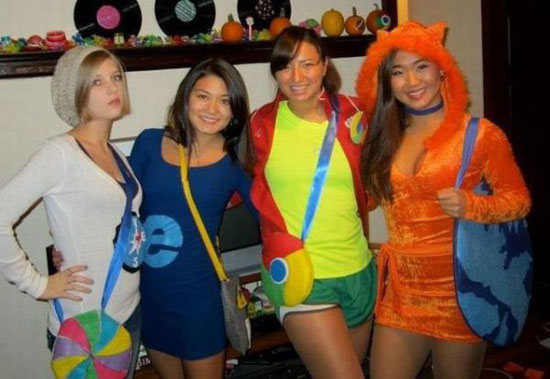 While I do have a category for “Tech” related news/thoughts, and I clearly have a huge amount of interest plus basic understanding in all things technology, I had never really written much about technology in general and I try to avoid all those overtly geeky stuff. So this is not so much one of those atypical productivity/GTD/tech blog posts to share the best Chrome extensions, these are simply my personal favourite extensions that I use daily and would be an excellent source for me to refer to in the future if some shit like this happens again.

At time of writing, I’m far too lazy to link to the individual extension pages so if for some reason this post inspired you to check out any of the listed extensions, head over to the Chrome Web Store and…search. Also, the order doesn’t mean squat.

There are 2 popular ad-blocking extensions on the Chrome Web Store, get this one. Why? No reason, I just think this one is better than the other one.

You know those really clueless webmasters/bloggers who is so afraid that everyone will try to steal their web content that they implemented this ridiculously pointless javascript code which disables right-clicking on their website. Pointless you say?

This is supposedly the Swiss army knife for Google Chrome, but the only reason I got this is the ability to add a pop-up exit confirmation when closing multiple tabs. Godsend. It’s by Google, I have no idea why don’t they just implement all this extension’s features into Chrome by default.

You’ve probably heard of Instapaper, Readability and the likes. This is like those, but for Evernote. More on that later.

The closest one can get to DownThemAll! from Firefox. Allows you to download all links of a particular file type of your choice on a single page.

I’m an Evernote slut. I store my documents, my receipts, any business cards that I’ve received, all my university notes, everything on Evernote. I initially thought the free account along with Dropbox will suffice, boy was I wrong. I finally signed on for an Evernote premium account 2 days ago and I even bought a Fujitsu ScanSnap S1300 just to use it with Evernote (ordered via Amazon, awaiting its arrival). WHAT THE FUCK IS WRONG WITH ME?!

Unless you enjoy wasting your life playing stupid Facebook flash games, the only reason you’ll ever need Flash is to watch YouTube.

If you use Google Reader, this is a no-brainer.

I’m not entirely concerned about my online search privacy but why not?

My favourite Gmail extension was one called Mail Checker Plus or something but for reasons unknown to anyone, it got pulled from the web store. Thankfully, a good samaritan thought it was a good idea to bring it back and here it is. Don’t bother with any other Gmail extensions, they’re all shit.

Following Google’s site wide redesign of all their apps, I was really annoyed and came upon this extension which pretty much allowed me to nuke any part of the design not of my liking. Essential for Reader, Gmail.

Skips the adf.ly (and a few others) countdown timer instantly.

Again, why isn’t this implemented directly into Chrome itself is beyond me. Detects the RSS feed of any website and you can subscribe directly to it easily.

Find the source of an image, find one of a higher resolution, every image junkie’s wet dream come true.

The only way to use KeePass with Chrome. (More on KeePass later?)