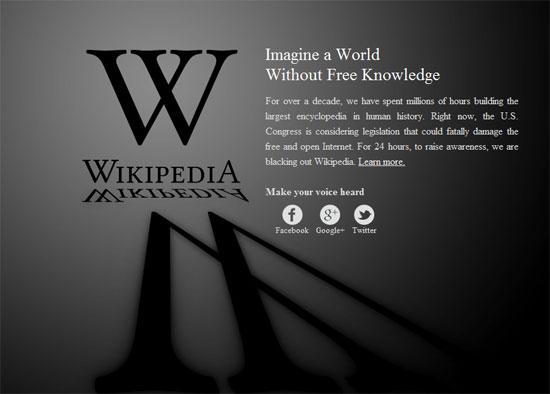 If you’re a regular Internet user, there’s a good chance that you’ve already seen this and something similar on a number of other sites. It is an effort to protest against the US Congress’s move to pass a legislation which is strongly skewed towards the entertainment industry, and if passed, will allow media companies to flagrantly take down any US based websites (pretty much all your favourite sites) on the DNS level. It appears to be something our dear Mr K Shanmugam is onto as well (NO!).

While this sounds like a good idea to raise awareness with the general public on SOPA, it would appears that this group of teens/tweens are absolutely clueless on what is going on, choosing to take their angst and anger to Twitter rather than taking a minute to actually read the text on the blackout page.

What is wrong with you people?!