Yesterday evening at about 1850H, there was a disruption on the North-South line which shut down four trains, leaving thousands of commuters stranded during peak rush hours. Service did not resume until almost midnight.

With the trains coming to a halt and the lights and air conditioning shutting off, passengers had to resort to smashing the cabin windows to get fresh air. 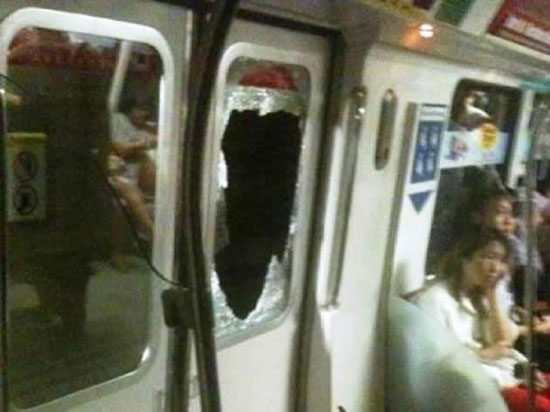 Eventually, SMRT staff had to lead passengers out along the tracks of the subway tunnels to safety. The disruption was caused by a damaged third rail between Dhoby Ghaut and City Hall MRT stations. The faulty third rail damaged the collector shoes of four trains, which caused all of them to stall.

There were a lot of unhappiness among the public amidst rising transport fares, poor contingency planning on SMRT’s part and what appears to be message to their cab drivers to capitalise on the breakdown. 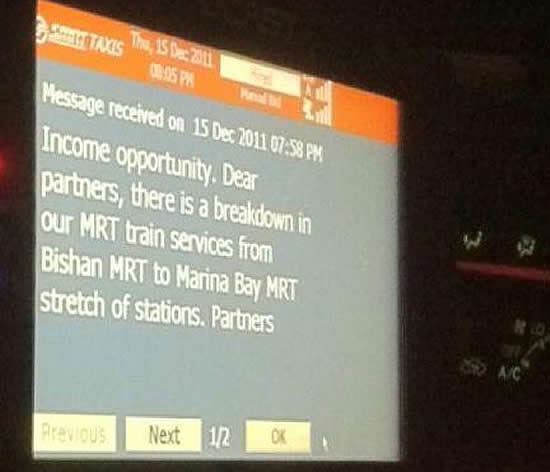