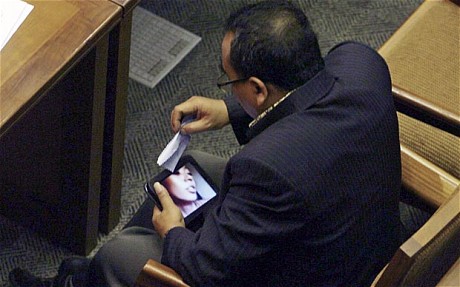 Only in the Indonesian parliament, while a discussion was going on about plans to erect a new parliament building, MP Arifinto, member of the Prosperous Justice Party, was caught on film watching pornography for several minutes.

The ironic part about this whole fiasco? Arifinto was actually strongly in favour of a strict and controversial antiporn law some time back.

I guess the old adage is true after all, never trust a politician. Arifinto has since resigned following a hastily arranged press conference.