night at the museums

There was a reason why i didn’t blog.Because my flickr account is full so i have to go around setting another account. Grrr 200 pics is too little.

I finished my report, all its lacking is a cover page and an executive summary and it will be ready for submission. so now its blogging time 😀

phwar i stopped at suzhou (for the pics) which is really slow. SO an update now!

Ok back to the museum. The museum is HUGE! and alot of space was wasted to create the spacious feeling. 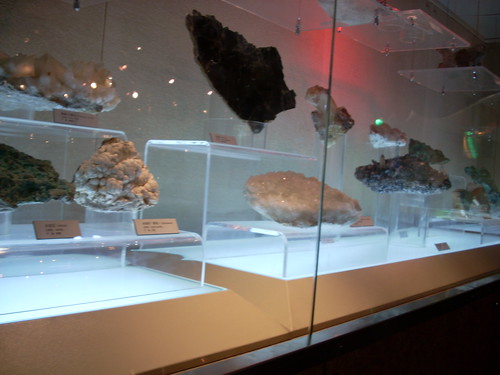 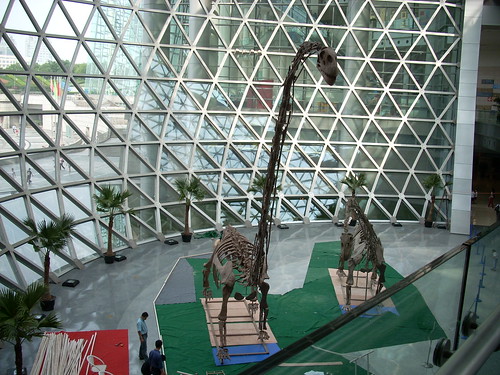 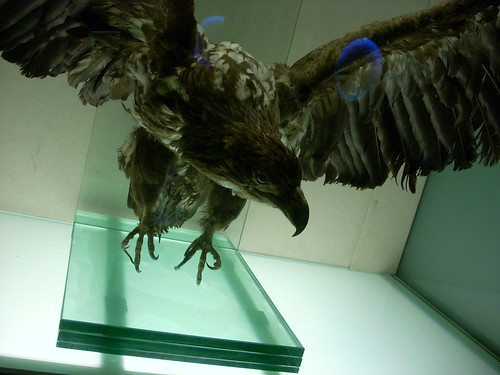 birds that used to be in Shanghai but is no longer found in Shanghai. Such a majestic looking eagles.

The museum was not bad. quite interesting to view the exhibits. More on education, cause some of the things i have learnt before (hallo darwin) but stuff on aerospace and nuclear power is still interesting to learn about.

AND now for the best part of the day. DInner.
Met up with my uncle’s friend who is working here in china. So the 3 of us went to this korean restuarant which is super good. We waited almost 1 hr to get into the restaurant. 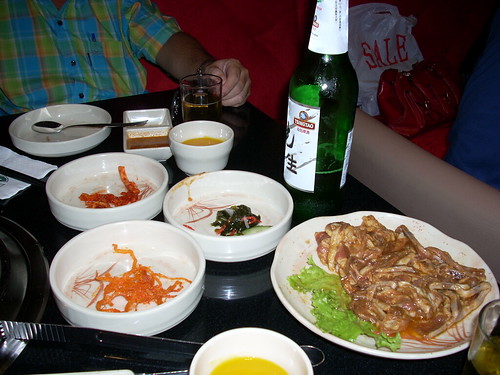 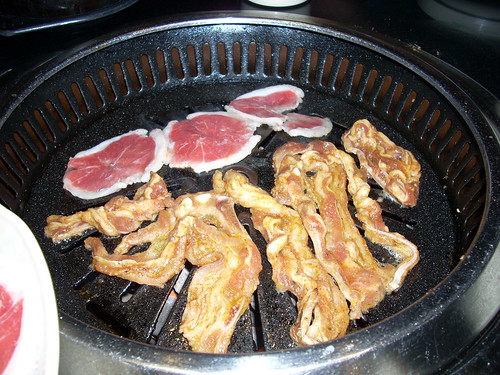 its the korean bbq where we bbq the meat and then wrap it in vegetable.

Not bad, the whole meal came up to 10 sing per person which i didn’t pay a cent 😛

And then i came home and on the way home, there are roadside stores which sells vcds and food. I like this particular store for their bbq meat.

The 2 chefs are in hats. Its a father-son team. 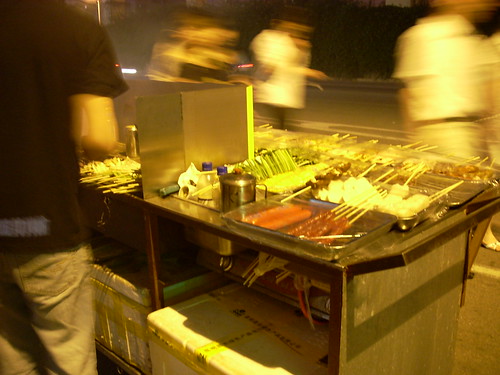 The next day i went to meet uncle and friend again for dinner. This time its steamboat at a very posh restaurant. 30 sing per person leh. What do you think? As usual, I don’t have to pay a single cent. But my cab fare was abt 14 sing to and fro. PUI. 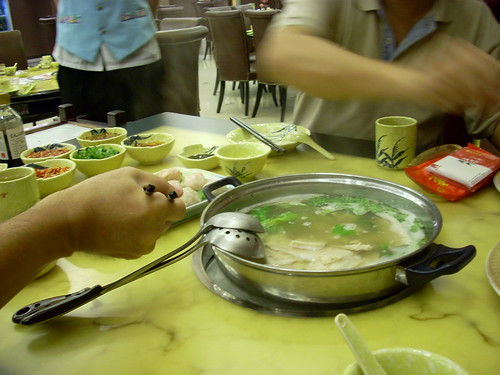 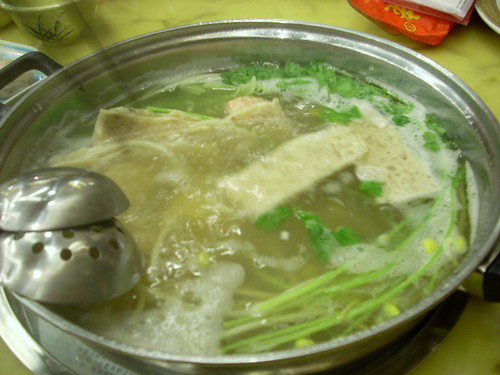 One sat evening, i went with my boss to a traditional shanghainese restaurant at xin tian di. And it was really good and pricey (which i didn’t have to pay again:P) 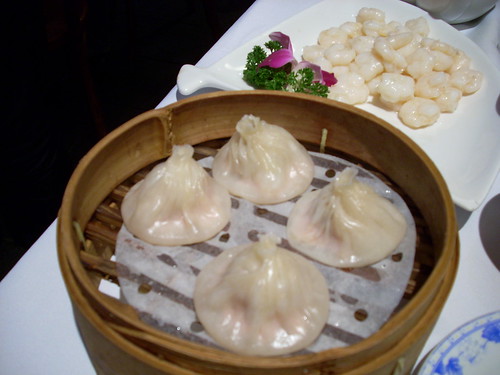 xiao long baos and i don’t have to say whether it was good anot. hee 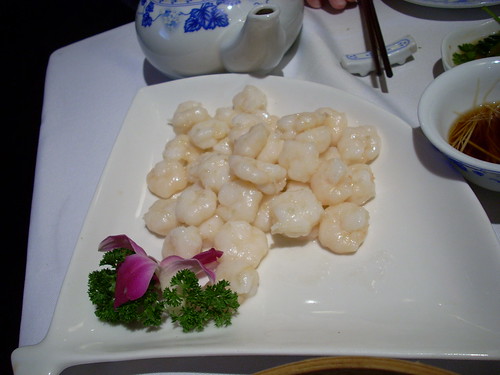 xia ren which is super good. I like it.

and we ate other food which i didn’t take cause it was gone before i can snap the pics.

after dinner, she brought me to a museum which says the history of shanghai in the 1920s. 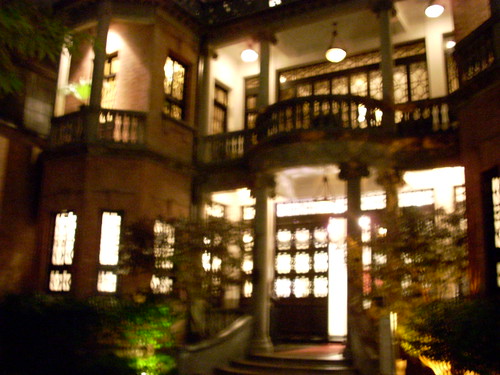 random building which has been restored. 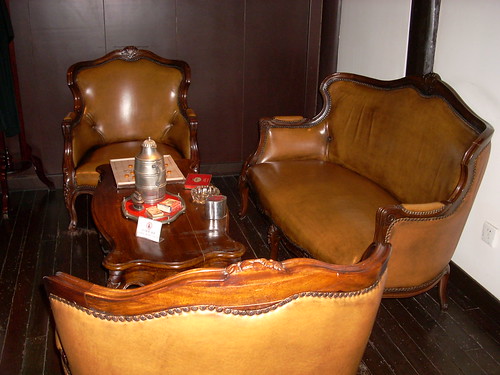 ang moh right? Shanghai has alot of western influence even in the 1920s. 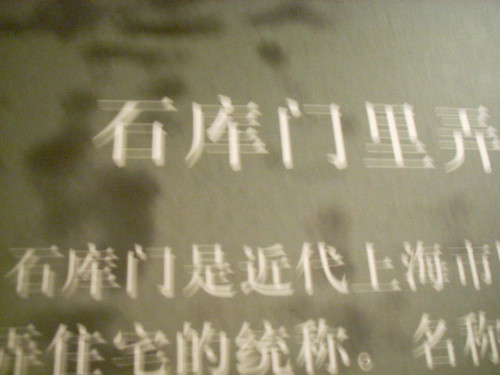 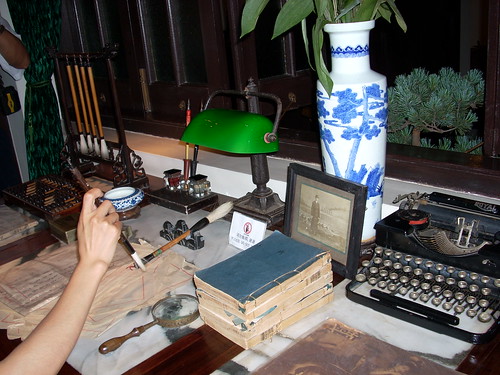 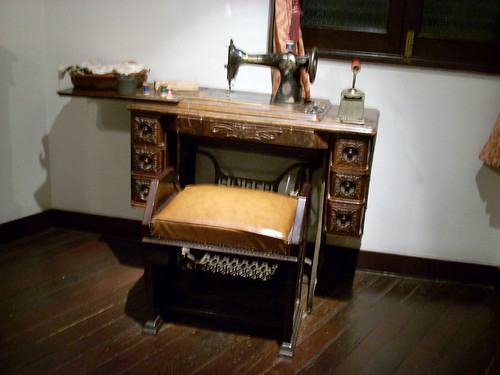 this is a western invention too. 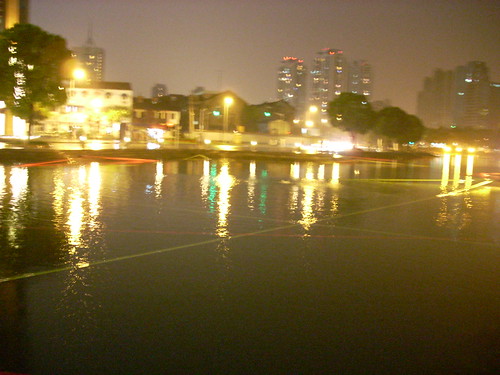 a lake made in china.