ok more blogging on hangzhou trip since i am quite free. Going to crash over at my friend’s hotel later tonight and then go pubbing/clubbing at cloud 9 pub. i don’t even have the urge to club anymore, how to dance ah?

hangzhou was beautiful. i really loved the sculptures i saw at ling ying temple. it was a 175 rmb trip and we went to many places within a day which meant no dinner. Damn it. and all of us starved or ate random stuff like ice cream. We finally reached Shanghai at 930 pm and i was so damn hungry. A hungry woman is not a beautiful woman.

After which it was raining and i cabbed home which became ex as it was 11pm and it started to have surcharge. But the ride was enjoyable as I have a cab driver who knows alot about singapore. He managed to guess my nationality proper. And then basically chinese have very good impression of singapore. Hua Yuan Cheng Shi is what they say. This cab driver knows more and even knows about the 1 million paycheck some people (don’t say who) are receiving regardless of performance. And of course many many inputs (note: bitching) from me. And finally when i arrived he said ” you look young.” Ya, i am very young, i said. And then i always ask the question i shouldn’t ask. “How old do you think i am?” he said 25. hahahaha. Ok, i feel 25 too, but not reaching there yet.

In the morning, i had a cab driver who was interesting. And he told me about the high rental rates of taxis there. Its abt 80 sing a day. And they work alternate days. I am really interested in the people’s way of life here and the only way to find out more is to talk to the common people.

Hit with the pics 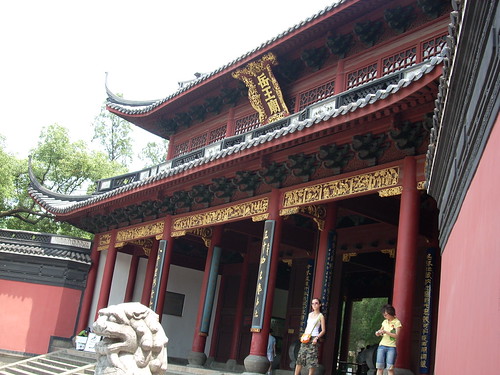 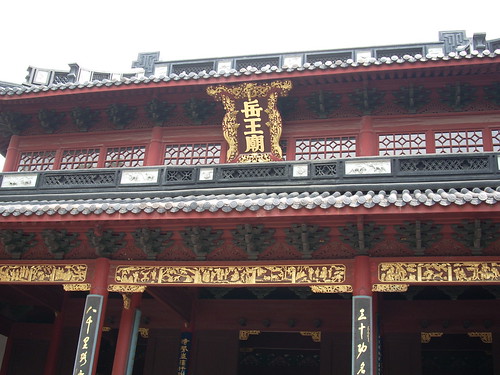 Yue Fei Temple. Going to see the great man himself. 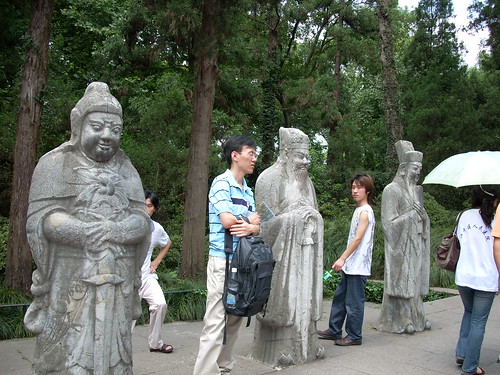 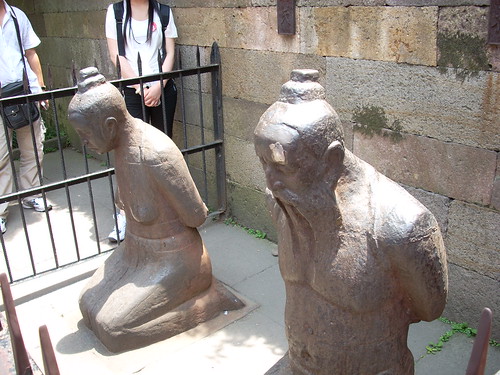 the husband and wife traitors of yue fei. Spit-on-them quick. Heh i was initially thinking to myself, how come look like 2 guys then i realised one got abit of boobs. 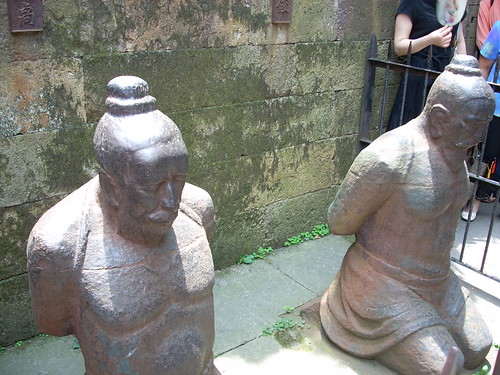 to reach his tombstone where the 4 traitors are, there’s a steep bridge to cross. Apparently this bridge can tell whether you are a kind person or not. Cause this guy who wants to visit Yue Fei’s tombstone with bad intentions fell while crossing the bridge. 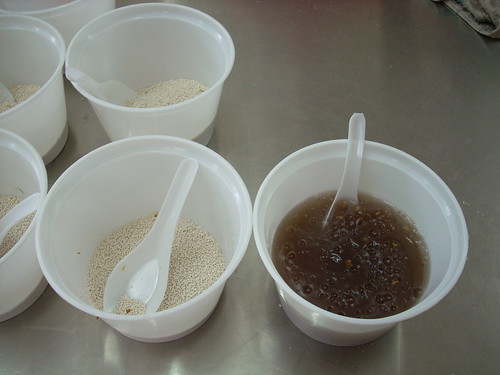 One of the specialty of Hangzhou is this lotus powder.

And then we went on the wuxi lake 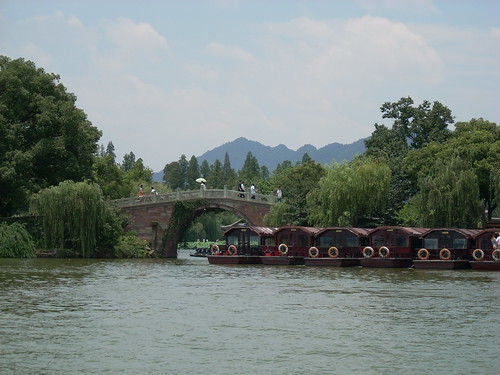 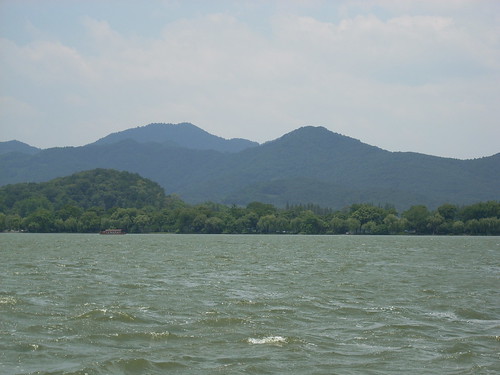 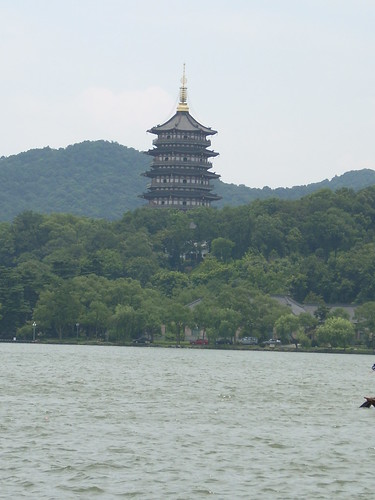 Lei feng ta (lei feng pagoda). this is a new pagoda. the original one was gone in 1921. and there’s 2 saying. 1 is that it was blown up in 1921 during the cultural revolution (i may be wrong cause i get my facts mixed up) the second one was that it was discovered that the inside of the pagoda has alot of scriptures which has kan guang (seen the light) and is the one the tang shang zhang (monkey god’s monk) supposed to bring. Anyway everybody knows it as the pagoda the white snake was trapped in.

We went to this island to explore abit. and there’s this pavillion bywhere husband and wives must face each other with eyes close for 3 months, and both of them will understand what each other is thinking. Of course that means cheating partners better be careful. 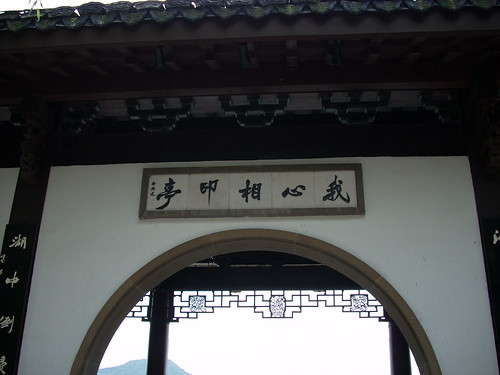 The roads there were rocky and the tour guide said we must walk instead of taking transport there cause the hwang di also walk on foot there. 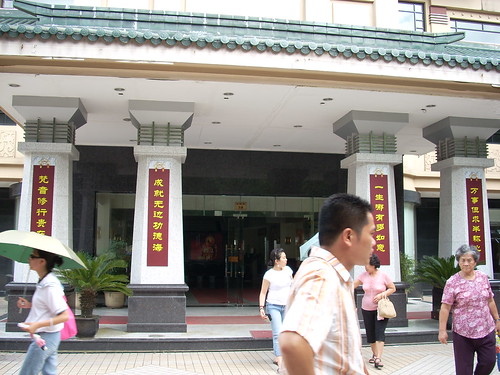 4 famous abbots are buried in each individual pillar 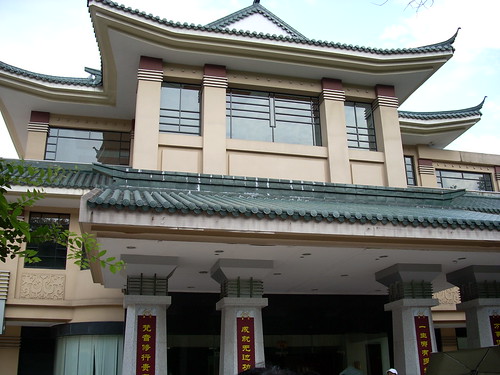 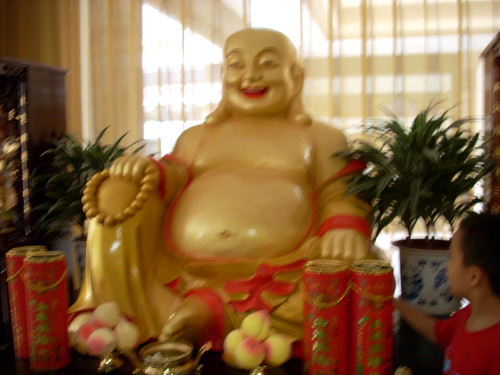 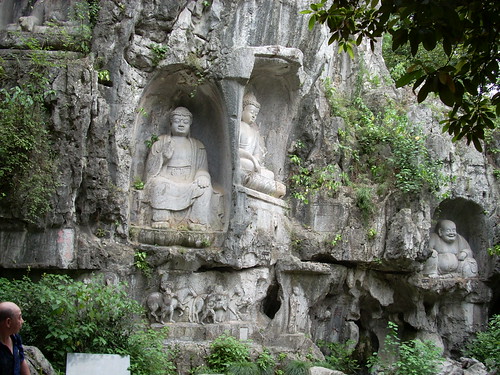 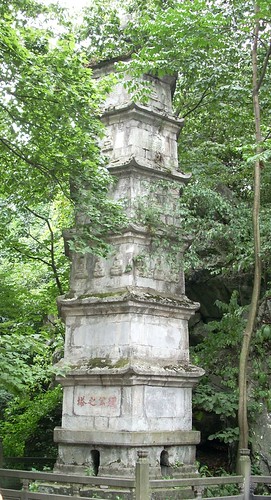 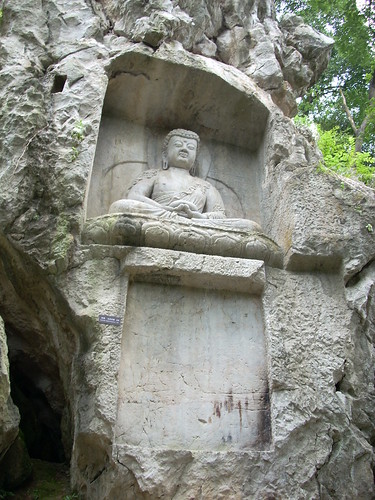 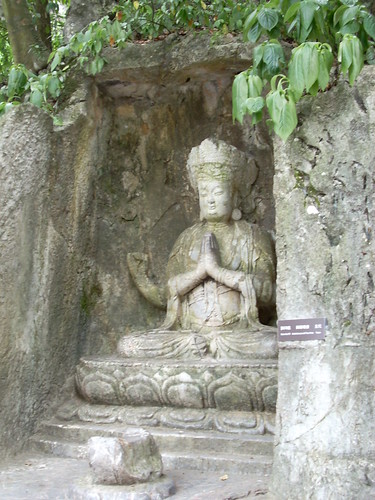 now u know why i am in love with hangzhou