suzhou AND nanjing road AND bund

I went to Suzhou on saturday and it was a famous state in China. As they say, ä¸Šæœ‰å¤©å ‚ï¼Œ ä¸‹æœ‰ç´ æ­ã€‚(which means there is heaven upstairs and suzhou and hangzhou downstairs). I went with my cousinâ€™s cousin (complicated relationship) and his friends.

The train ride was ok, we got it at 11 yuan since there isnâ€™t any space for sitting seats and we bought the standing tickets instead. It was just over 1hr long and we reached suzhou soon even.

The moment we got out of the train station, it was obvious we are tourists. Reason being the people who visit Suzhou comprises mainly of Chinese from other states and some tourists. We were touted everywhere we go the moment we got off. It was quite unexpected and extremely unpleasant. Some of them pointed to a bus queue and told us that it was the taxi queue and asked us to take their vans instead. Cheaters. And there were people selling us maps also and it was quite irritating to walk 20 metres with all these people touting us all the time. Needless to say, I didnâ€™t really enjoy my trip to suzhou with these touters around.

The only time I enjoyed was when I stepped in a garden. Suzhou is famous for their gardens. However they said that when you stepped into one garden, you stepped into all garden. And when I was in Suzhou, I went to all the gardens cause I visited one. Hhahaha. I only went to the Calm Garden, å®šåœ’ã€‚

We have to pay an entrance fee of 38 Yuan and we were given a tour guide, a tea tasting session and a boat ride. It was quite worth it. And there was a temple I went to. There we were told to pick a divine lot. Needless to say, mine is a bad lot because I had left over bad luck brought from Singapore. I went to a Master and he was surprised when he heard that I came to Shanghai alone to work. He mentioned that I close myself too much and should open up to the world. He also said that I have a very strong character and I should try to show the endearing qualities of a woman. Then he emphasized that I have intelligence and with the endearing qualities of a woman, I will be very successful. Ok, I will try to act more like a woman instead of a man. And I have to buy 24 flowers which costs 240 yuan which is like 50 over sing ïŒ. My tour guide saw and later he told the other friends that he saw me with a huge bunch of flowers when usually people only buy 2-3. Must be my luck is very bad. Later the Master asked me about my romantic status and he said that I may meet a guy with a family and he advised me to stay away. Wow, this is the first time I have learnt of this.

And on the return trip back, I witnessed something which is really crazy. As it was 730pm already, there will be an accumulation of rubbish on the train floors since it has been running since morning. Imagine my horror when one train inspector started to sweep the rubbish from the back to the front of the cabin. And there was an immensely huge pile. And everybody had to lift up their legs while he sweeps a dustbin full of garbage to the front. It was crazy according to one Caucasian who was shocked at this whole ordeal. Some dirty water was left after he swept majority of the garbage to the front of the cabin where he disposed of it. Me? I was hoping I suffered from temporary memory loss.

Ok enough bitching. I shall hit you with the photos taken. 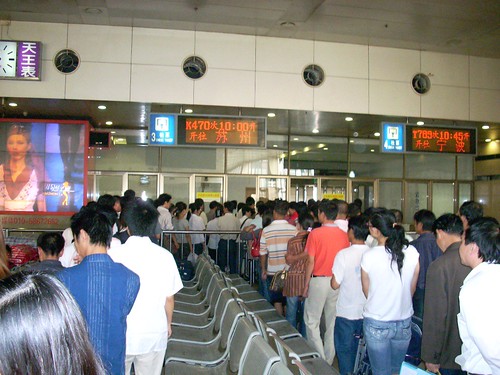 the train station in shanghai 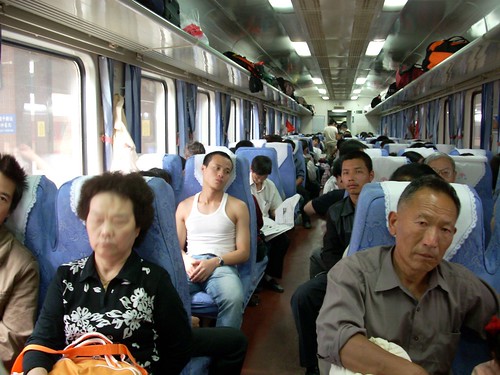 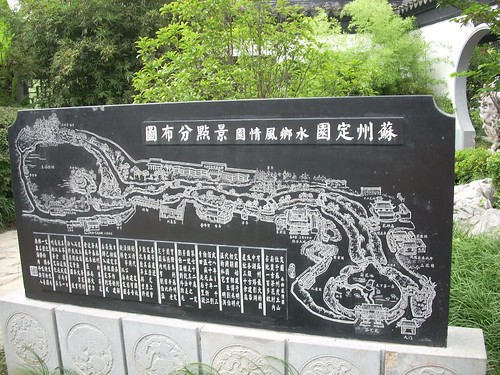 the map of the garden we went to 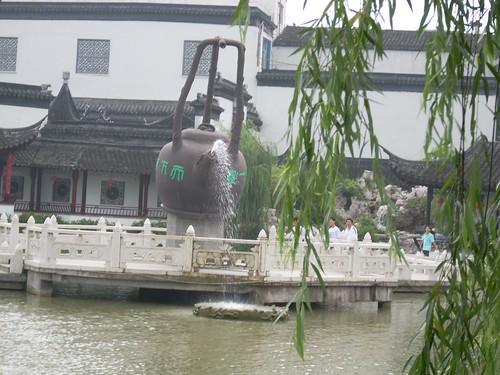 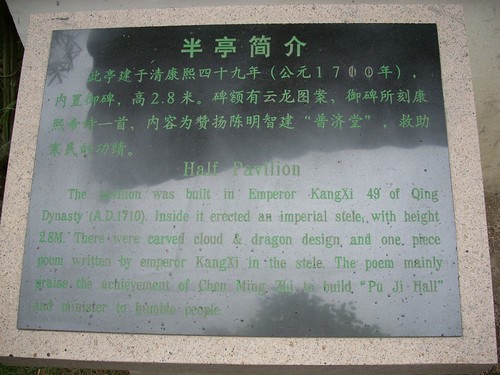 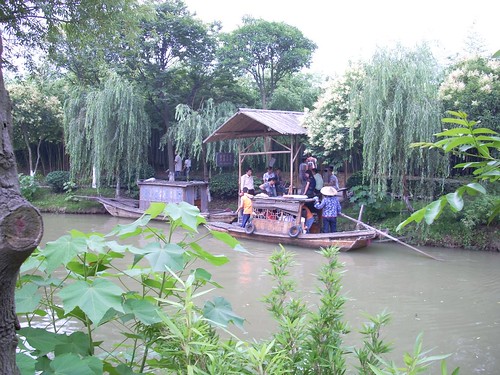 we took this boat. but only for a short distance 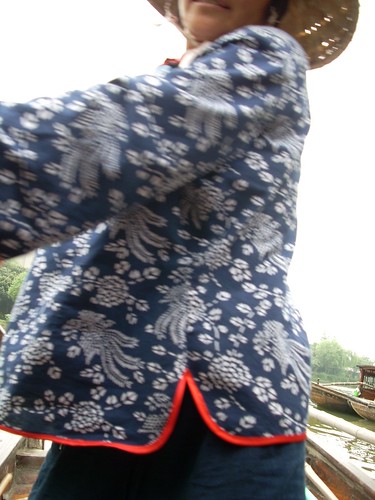 she is the one who rowed our boat. Old but strong! 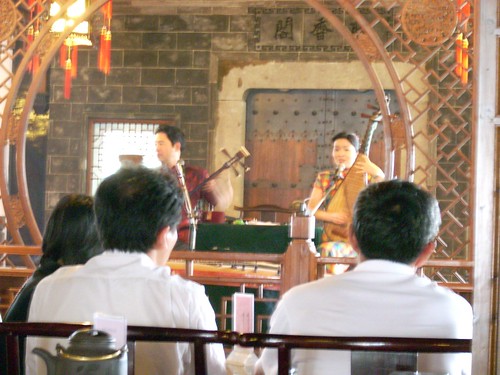 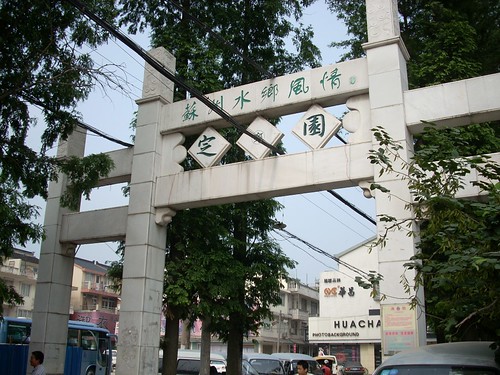 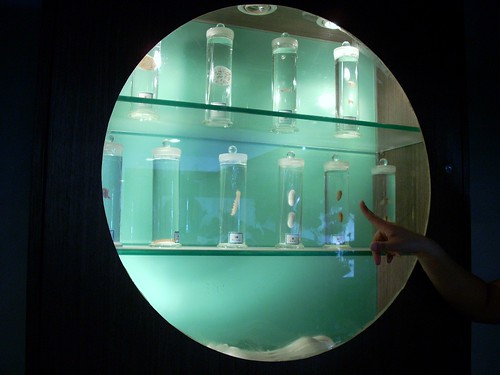 and we went to see some silk worms 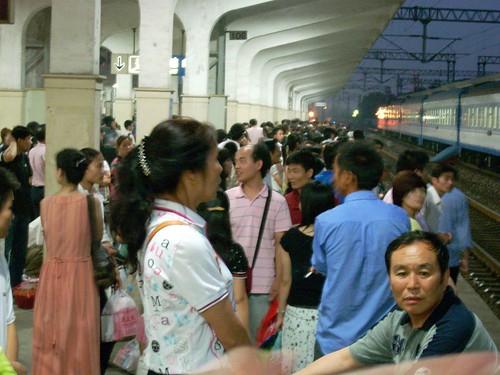 crap, the amount of shoving and pushing is unbelievable. It was so dangerous to get up the train.

The next day, i went to my cousin’s cousin’s house for lunch. ANd for dinner, we went to nanjing road to walk around. 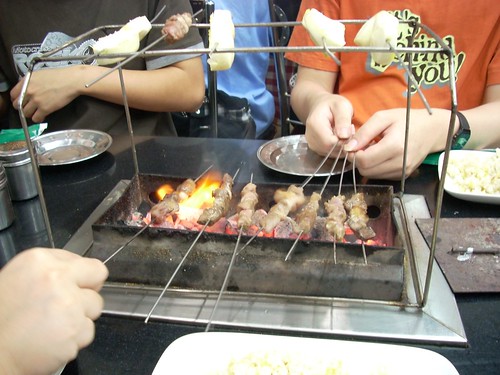 our dinner for the day! We are on budget and ate up to 2 bucks each. maybe if i come with other friends, i will eat up to 5 bucks worth. 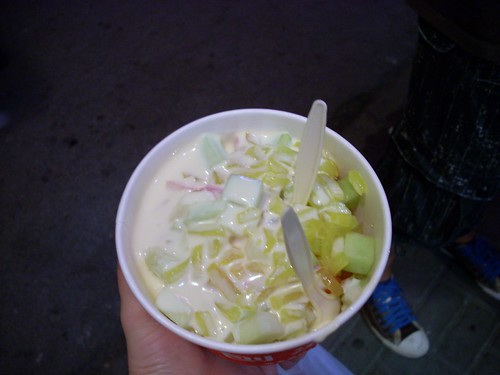 wow this is delicious and cheap. Its basically shaved ice with lotsa fruits and some condensed milk. 2 people can share one and its only 1 sing. As for me, i just ate one myself

On monday, I met up with my uncle since he is on business trip here and we went to the Bund. 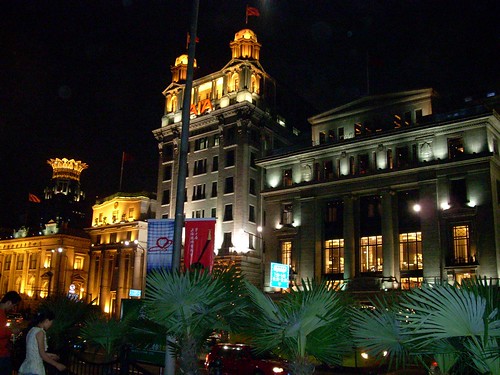 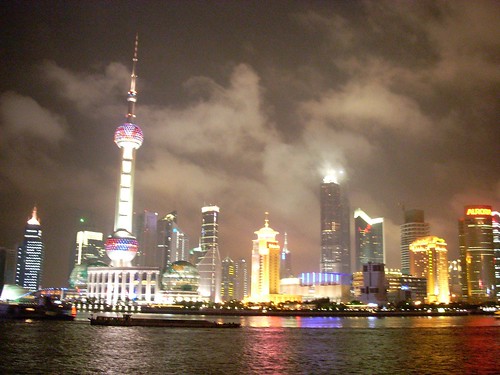 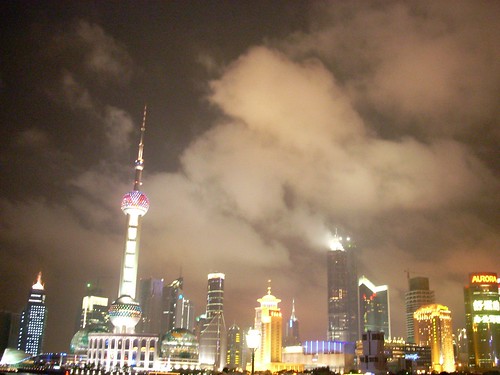